Connacht travel to Coventry for the Champions Cup Clash with Wasps

This may be the most popular away trip of the season as it's easy to get to. There are already over 170 Clan booked. 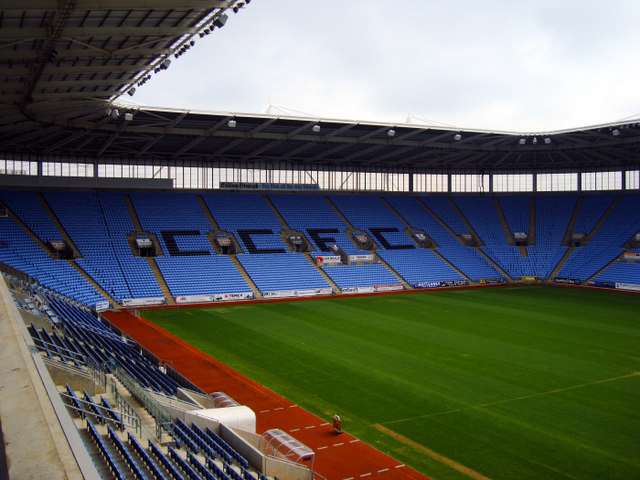 Last flight home on Sunday is at 20.00, but with the early kickoff, that is definitely doable (getting to the ground on time might be the bigger problem!)

If you want to go by boat, Coventry is about 3.5 hours drive or 4 hours by train from Holyhead. SailRail would be €42 e/w from Dublin. Eurolines will take you from anywhere in Connacht to Birmingham for €68 return but you arrive at 4:50am.

Only advantage of Eurolines is you can leave Birmingham at 10pm on Sunday if you want to stick around for a bit after the game and you might even be back West in time for work on Monday.

Lots of options around town. We will settle on some preferred options when the fixture is announced. The Premier Inn in Earlsdon Park is Central and looks good value.

The Old Windmill on Spon street in the city centre is, according to Renegade Wasps, the best and oldest ale and cider house in Coventry.

We will meet there at 8pm on Saturday night to get the pre-match festivities started.

As a bunch are only arriving SUNDAY Pre-Match, we will rendezvous at the Ricoh Arena FAN VILLAGE

Other pubs suggested to visit include The Gate House (for watching Rugby on telly) and the Town wall Tavern.

The Stadium has its own train station (Coventry Arena) with regular connections from the city. There are also matchday shuttle buses.

Wasps have a fan village with a fairground, etc. and have produced a supporters' matchday guide on PDF.

Coventry Cathedral was badly damaged during the war and a new one was built, but the remaining ruins of the original are still impressive.

The town of Rugby is only a few minutes away by train and is home to the famous Rugby School (not open to the public), and the adjacent Webb Ellis Rugby Football Museum, on the site of the original Gilbert workshop.