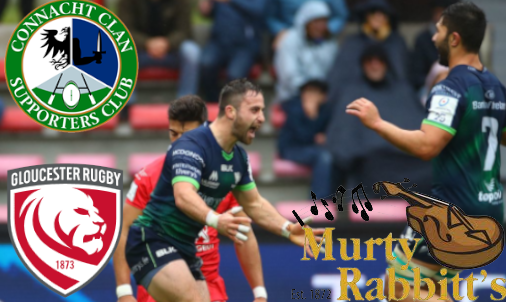 Join the Connacht Clan tomorrow for the return leg of the Connacht v. Gloucester game! It's an early kick off, 12.45, so be sure to get there in plenty of time to enjoy the day. Join us in the Clan Bar for the usual post-game!

phatguerilla replied the topic: #67048 3 months 2 weeks ago
around 70 mins I was genuinely despairing at the way we had more or less thrown the game away - somehow they dug it out of fire and took the win but wow, they made it hard for themselves. Great to have the win but Glou come out of the head to head 7-4 I believe, when we really could have finished it 5-5 if we had a bit more composure in both matches.

overstrander replied the topic: #67046 3 months 2 weeks ago
Jack at fullback is strange one alright. His opposite number is Matt Banahan, slightly different approaches to playing the game!