Connacht - The Team that refused to die 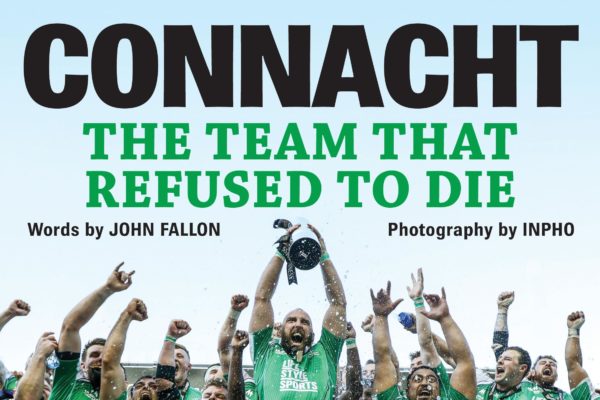 Former Connacht and Irish internationals Noel Mannion and Johnny O’Connor will perform the Galway launch of Connacht — The Team That Refused To Die on Thursday evening.

The launch will take place at Dáil Bar, Middle Street, Galway, at 6.30pm on this Thursday, December 1.
The Master of Ceremonies will be Seán Bán Breathnach and stars from a variety of sports will be in attendance, with Galway Bay FM broadcasting live from the venue from 6-7pm.
Connacht — The Team That Refused To Die is written by former Connacht manager and Galway based journalist John Fallon of Media West (Ireland), who has been covering the fortunes of the team for over 32 years for a variety of print, broadcast and online media.
The book, a 224-page hardback which will retail for €19.99, is produced in conjunction with Inpho Sports Photography and contains over 250 wonderful images. The book is available at book.inpho.ie and in bookshops and other outlets.
Billy Stickland and his team at Inpho Sports Photography chart the progress of the Connacht team from the outset of professionalism to winning their first trophy in their 131-year history when they defeated Leinster in the Pro12 final at Murrayfield in May.
“The response to the book throughout the province and beyond has been superb and we are looking forward to an evening of sporting nostalgia on Thursday in Galway,” said Fallon."