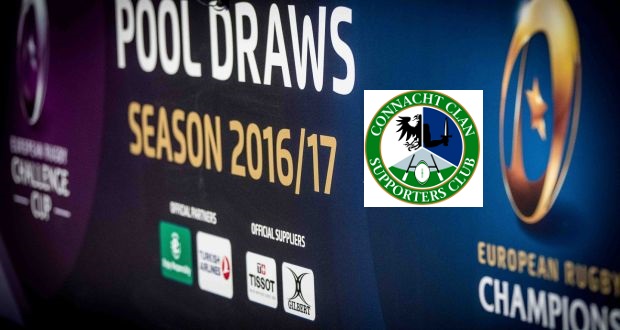 Connacht have been drawn with some familiar opposition in the Champions Cup Pool Draw: Wasps, Toulouse and Zebre.

Connacht have faced Toulouse and Zebre twice each in the Heineken Cup. Zebre are also of course frequent opponents in the Pro12 with Connacht maintaining a 100% record against them. Wasps have been familiar pre-season opponents in recent years.

There were going to be no easy options in the draw, but it seems to be generally accepted that this is one of the more achievable groups to progress from.

Already preliminary plans are afoot to travel to the games. Fixtures will not be confirmed for at least a month, but we have already set up a page for travel information for each trip and we will keep those updated.

See the Match Travel Menu above.